The Fellowship has obtained sneak peeks for comics from Action Lab that will come out this week...

And then there were two. Two friends still trapped at the Bodega Bay Inn. Two friends being hunted by Andre Toulon’s twisted Puppets. Or is only ONE of them truly in danger?  The Offering has been made…will it be accepted? Features three variant covers depicting Leech Woman! Limited to 1500 copies each. 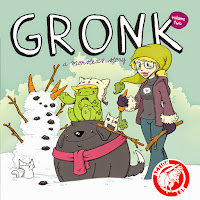 The second collection of Katie Cook’s popular webcomic! Gronk is a monster who is learning to adjust to OUR world through the teachings of Dale, a woman who probably shouldn’t be teaching anyone how to adjust to the real world. Join Gronk, Dale, Harli and Kitty for another year of fun! 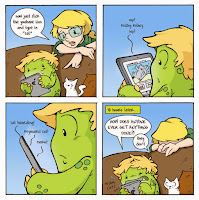 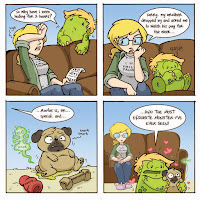 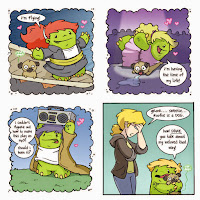 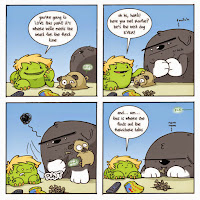