It’s the final showdown! The battle for Old Beach is on as the cops, The Wrath, and The Fever go head-to-head. Betty and her crew might be outnumbered, but they’ll fight to the death to defend their town.

It’s a special interactive, one-shot issue! Magic Man plans to use the reader to help beat Finn and Jake, but can our heroes turn the tables?

Jack and Lo Pan have been sent to the Endless Hells of Legend! While they race to escape, Wang and Egg test their friendship as they try to save Jack.

What happens when you flush a pet fish down the Holo John? (Hint: It fantasizes it was a shark instead!) Or what if the Holo John gains sentience and “dreams of electric pee”? All that and more are covered in this collection of short stories about the Bravest Warriors’ out-of-this-world outhouse. Who knew they used their emotions-based powers in the loo, too?

New creatures are popping up all over! Tamzen and company have their hands full as they try to unravel the secrets of their new friends, but the threat facing the creatures is only growing larger! With new, more powerful evolutions to deal with, the kids will either find the strength they need…or find themselves in over their heads. 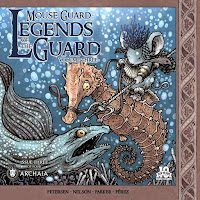 The mice at the June Alley Inn continue to tell their stories in an attempt to clear their tabs. Featuring inventive mice, haunting cicadas, and other stories from Ramón K. Pérez (Hawkeye), Jake Parker (Rocket Raccoon), and Mark A. Nelson. 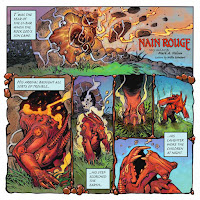 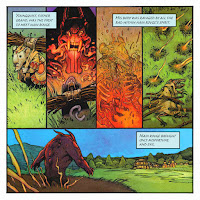 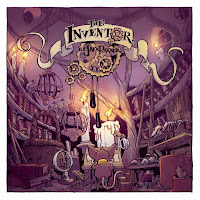 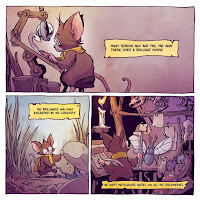 THE FUTURE! Everyone lives underground now. The shadowy government decides to send someone back in time to rectify past mistakes. The time traveller runs into other time travellers, including a cyborg hunter sent to “terminate” a military leader, two high school kids on an Excellent Adventure, a crazy doctor and a young man who seem to be travelling back to the past/future, and Jeanne Claude Van Damme as a TIMEC—uh, Policeman. Turns out the future was messed up by all these conflicting time-travelling jerks.