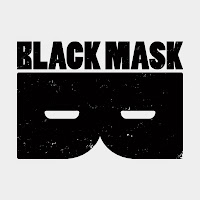 “Black Mask’s reason for existing is to connect visionary, fearless creators with smart, discerning, curious readers, and no one is building opportunities for those connections on the scale that comiXology and Kindle are,” said Matt Pizzolo, co-founder of Black Mask Studios.“Comics have the power to touch the hearts and minds of millions of readers… by building bridges to new audiences, the teams at comiXology and Kindle are bringing these stories to new and diverse readers who might otherwise have missed them.”

“We’re thrilled to be able share Black Mask’s bold brand of comics by cutting edge creators to our worldwide audience,” said Chip Mosher, comiXology’s VP of Communications & Marketing. “Existing fans and newcomers to the Black Mask library will now be able to buy and read all these exciting titles at both comiXology and the Kindle Store!”

The Kindle Store gives readers access to millions of books on the most popular devices and platforms, including Fire tablets, Kindle e-readers, iOS, Android, and more.

With over 75,000 comics, graphic novels and manga from more than 75 publishers, comiXology offers the widest selection of digital comics in the world. ComiXology’s immense catalog and cinematic Guided View reading experience make it the best digital platform for comics worldwide.