ALL-NEW ARC! ALL-NEW JUMPING-ON POINT! RAI FALLS TO EARTH IN…”THE ORPHAN”! Superstar creative team Matt Kindt and Clayton Crain return to their one-of-a-kind vision for the future…but will the titular hero? Broken, beaten, and cast down to Earth, Rai’s allies now find themselves hunted, persecuted, and imprisoned for their failed rebellion against Father. Rai is determined to save his friends and bring down Father once and for all–but how can he do that from Earth? And will he survive the journey?

A new dark age of the Valiant Universe draws nearer as the events foretold in the Geomancer’s BOOK OF DEATH unfold! Convinced the unnatural disasters tearing our world apart are a direct result of the new Geomancer’s arrival, the combined forces of the Valiant Universe are forced to confront the Eternal Warrior about his new charge. But to prevent civilization from falling into a new Dark Age, the Eternal Warrior won’t go down without a fight! Valiant architect Robert Venditti (X-O MANOWAR) and rising star Robert Gill (ARMOR HUNTERS: HARBINGER) bring you the next chapter in the summer blockbuster that promises to alter the Valiant Universe as you know it! Plus: new visions of the future that awaits – illustrated by superstar artist Doug Braithwaite (IMPERIUM)!

Watch a legend be born before your eyes as the saga of the Earth’s first Geomancer continues! New York Times best-selling writer Fred Van Lente (ARCHER & ARMSTRONG) and breakout artist Juan José Ryp (Clone) reveal the hidden story of the Valiant Universe’s beginnings as Earth’s protector enters a world of war, ruin and fire at the far end of pre-history!

ATTENTION FANS – BOOK OF DEATH: LEGENDS OF THE GEOMANCER:
• SPECIAL ALL-NEW LIMITED SERIES!
• QUANTITIES WILL BE LIMITED!
• NOT FOR SALE DIGITALLY!
• WON’T BE COLLECTED FOR THE TRADE!
• ASK YOUR LOCAL RETAILER HOW TO ORDER! 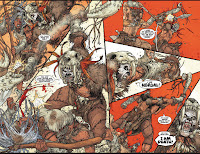 “BREAKING HISTORY” IS ALL OVER! It all comes down to this! Ivar and his brothers – Gilad, the Eternal Warrior, and Armstrong – have led a suicide mission to rescue Neela Sethi and time itself. Now, as Oblivi-1 grows in power and threatens to destroy the very universe, they’ll make their last, dire, final move to save history. Will they do it? Well, the arc ain’t called “Saving History” now is it?! New York Times best-selling writer Fred Van Lente (ARCHER & ARMSTRONG) and rising star Francis Portela (The Flash) team up to tear down the walls of time! 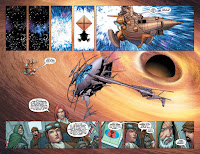 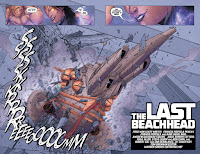