The Fellowship has obtained sneak peeks for comics from Dynamite that will come out this week...

It's the ultimate heavy metal crossover as the original shock rocker meets the original death metal comic book universe! Bizarre nightmares are plaguing Evil Ernie, Chastity and Purgatori, and though they hate each other's guts, they may have to join the teen monster team called The Chosen to find the one and only Alice Cooper!

The world’s greatest magician MUST stop the galaxy’s most powerful demon from crushing the world. To be clear: This is a completely impossible task, but by golly, MANDRAKE’S GONNA TRY!

Red Sonja awakes bloodied and bruised to find she's missed the end of an epic battle. As she pieces together what happened, she discovers that Conan is missing and a local wizard has used bloodroot to create a terrible weapon.

As the epic era-spanning tale rockets towards conclusion, reluctant heroines find themselves facing terrifying alternate versions of themselves on the road to the ultimate showdown with the Prince Of All Worlds. Can even the combined forces of Kato, Red Sonja, Dejah Thoris, Vampirella, Jungle Girl, Lady Zorro and dozens more save reality? Join us for the penultimate chapter in what critics are calling the best crossover event of the summer! 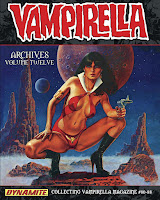 The terror continues in the fear-fraught twelfth volume of Vampirella Archives! This collection revisits some of the finest tales of horror hostess Vampirella ever seen in the Warren Publishing library, plus a delightfully devilish selection of the era's best horror and science fiction stories. With space pirates, mermaids, bloodsuckers, and renegade wizards running amok within these pages, fearless readers will thrill to the creative talents of such horror luminaries as Archie Goodwin, Bruce Jones, Jose Gonzalez, Bill DuBay, and many more. This edition of Vampirella Archives collects Vampirella Magazine #80-88, and features a wealth of bonus materials from a bygone era, including the "Feary Tales" feature on urban legends, the monthly "Scarlet Letters" column, "Vampi's Vault" of creator biographies and literary reviews, and intact vintage advertisements. 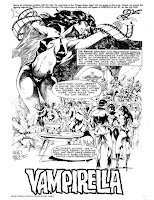 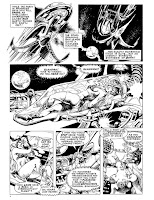 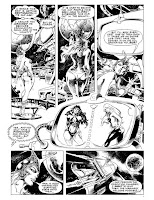 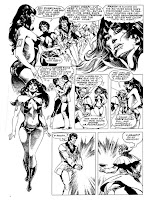 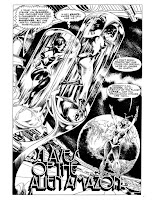 Ash's pals in 1300 A.D. are so happy to meet Vampirella that they introduce her to a friend of their own: Black Friar Thomas, who wants to put her on trial as a witch! That is, a trial by ordeal! And with the massive Deadite onslaught imminent, what better time?