Set in a dark fantastic past of myth and magic, Klaus tells the story of how Santa Claus really came to be. Where did he begin? What was he like when he was young? And what happens when he faces his greatest challenge? Drawing on Santa Claus’ wilder roots in Viking lore and Siberian shamanism—taking in the creepier side of Christmas, and characters like the sinister Krampus—Klaus is “Santa Claus: Year One.” 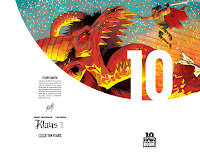 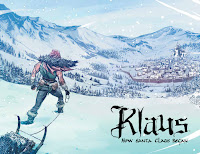 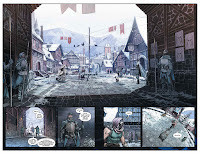 Finn is suffering from Quest Deficiency and needs his pals to help him find a righteous quest that will fulfill all his adventuring needs! The back of a questing board might seem like the easiest answer, but our hero is about to find out that the easy way out can create a ton of trouble. It’s a race against time as Finn and his merry band of questing cohorts fight to complete this switch-a-roo of a mission before the land of Ooo completely destroys itself. Collects the complete six-issue miniseries in an oversized hardcover.

When the Plutonian, the world’s greatest superhero, snaps and turns into the world’s greatest villain, only his former teammates have a chance at stopping his rampage. But while on the run from the world’s most powerful and angry being, will these former teammates discover his secrets in time? How did he come to this? What became of the hope and promise once inside him? What happens to the world when its savior betrays it? What makes a hero irredeemable? An apocalyptic superhero tale by the author of Empire and multiple Eisner Award winner Kingdom Come! Collects issues #1-8 of Irredeemable. 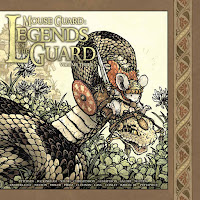 The third volume in the New York Times bestselling and Eisner Award-winning series, Mouse Guard: Legends of the Guard Volume Three features tales written and illustrated by a collection of award-winning and critically acclaimed storytellers personally selected by series creator David Petersen. Once again, patrons at the June Alley Inn are challenged to tell the best Mouse Guard tale, with the winner getting their tab cleared! 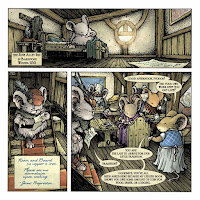 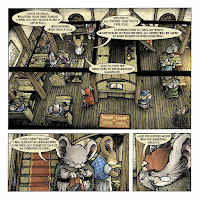 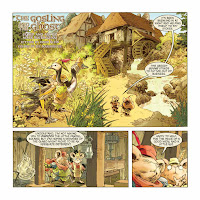 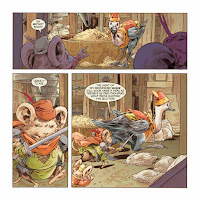 New story arc, and introducing new main series artist Laura Howell! Benson gets wind turbines for the park to save energy, but when Mordecai and Rigby turn them up super fast to cut corners they send the park into the clouds!

Katie begins to see a mutilated figure in the mirrors of Emily’s home.

Final issue! The mystery of what happened 12 years ago is revealed as Becky and Malcolm face off against the D/H agent and the alien.

Isaac, Calder, and Sander each make a dangerous decision.