SGT. SAVAGE VS G.I. JOE! The greatest hero of World War II is back—and not for the first time! Vanishing on the battlefields of Europe while fighting robotic soldiers, Sgt. Robert Steven Savage reappeared—in the extreme era of the 1990s! Now he's reborn again—a ’40s hero with a ’90s ’tude... and G.I. Joe isn't ready to go retro.

The clock has been reset with 24: Legacy, and this limited series explores the past of its new leading character, Eric Carter, who led the elite squad responsible for killing an infamous terrorist leader and, consequently, forced into hiding. But before he was a national hero and a wanted man, Carter learned the Rules of Engagement in the streets of Iraq and Washington, D.C.

Don't miss the newest issue of the series critics are calling "funny, sincere, and just generally brilliant"—GUMBALLS! Erin Nations reflects on the transformative effects of his hormone injections: the good, the bad, and the awkward. After decades of being perceived as a woman and not taken seriously, now the "male privilege" shoe's on the other foot. Plus: skateboarding, more childhood antics from Erin’s triplet siblings, and Tobias finally makes a friend—or at least a voodoo-doll buddy!

The threat of Karza enerchanged with Micronus Prime has the Earth prepared to bow down before him. Oz and the Micronauts are undaunted though. With the help of the Transformers, Oz thinks they can win. What will become of Acroyear? And what does the arrival of a Time Traveler mean?

“Long Roads to Ruin,” part 2. Rom and the other two Knights face off against a dire new threat; and Guy Dorian & Sal Buscema illustrate a dark tale of the Solstar Order! 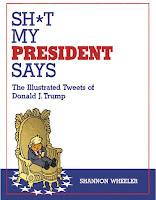 Some people are saying, I don’t know, you tell me, but a lot of people are saying this is the greatest book of the year. This guy, Shannon Wheeler, he draws these cartoons for the New Yorker, MAD, the Onion—he’s very, very, good, okay? Now he’s illustrated the most incredible tweets. Wow! You won’t believe what he does with these tweets. I mean, these tweets changed the world, folks. It’s true! It’s very true. EVERYONE is going to want this book — even the haters and losers (Sad!). 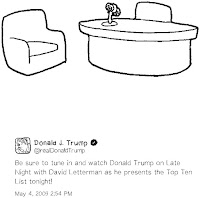 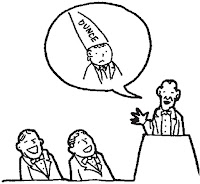 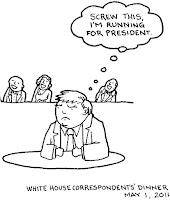 The heist is on! Jean-Luc Picard and his cadre of mutineers set their plan into action, with the spoils the greatest prize of all: the Empire's only Galaxy-class starship, the U.S.S. Enterprise!

Jack starts teaching Megan the rules of time travel, while Darren teaches her all about the winery. And Megan takes her first solo trip back in time to the ‘80s, where she discovers a startling family secret!

Journey to Stump Asteroid, where the biggest no-hold barred brawls in Dimension X can be found! The newest warriors to enter the ring? The TMNT!

“The Great Cackle Caper!” When golden eggs show up at the McDuck Chicken Farm, the terrible Beagle Boys hatch a plot to rule the roost! Then Gyro Gearloose invents his way into “The Terrible Thinking-Cap Tussle!”