The sisters are safe and sound in their beds,
Their nightmares a folly, it's all in their heads.
Now wait, I hear something, perhaps it's a scream...
Oh, I'm so sorry, it's not all a dream!
They cannot survive this, reader beware!
Unless I'm mistaken, you're in for a scare!

“Dawn of the Arashikage,” Part 3! Dawn Moreno’s ultimate identity crisis continues as she battles to maintain her sanity against the dark memories of the original Snake-Eyes that haunt her every waking moment!

Illustrated in haunting black and white over 30 years ago, these comics are re-presented in a new edition, adapting three of H.P. Lovecraft's most famous stories involving the Cthulhu Mythos.

"The Nameless City" is considered the first story of Lovecraft's Cthulhu Mythos, detailing the discovery of an ancient city in the deserts of the Arabian Peninsula built by an unnamed race of reptilian beings. In "The Festival," a man arrives at the sea town of Kingsport, Massachusetts during Christmas but finds a place eerily empty and centuries out of date. "The Call of Cthulhu" is perhaps Lovecraft's most famous story, describing a man who, after finding the notes of his granduncle, is lead on a journey around the world in search of a mysterious and disturbing phenomenon.

The best Popeye comic book stories collected into one glorious collection! There are three genius incarnations of Popeye—the comic strip by E.C. Segar, the animations by Max Fleischer, and unknown to many, the brilliant 1940s and '50s comic book stories by Bud Sangendorf! Comics historian Craig Yoe collects and beautifully packages the best-of-the-best of Sangendorf's thrilling and roll-on-the-floor laughing tales. See the Sea Hag, Bluto, and, of course, Olive Oyl, Wimpy, and Sweepea as they join Popeye in these exciting adventures. 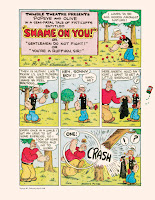 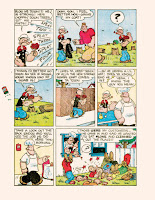 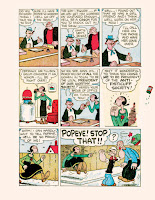 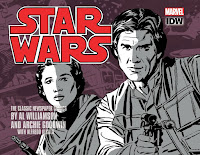 Reprints for the first time the classic Star Wars newspaper strip in its complete format. No other edition includes each Sunday page title header and "bonus" panels in their meticulously restored original color. The epic seven-days-a-week sagas begin with "Han Solo at Stars' End," based on the novel by Brian Daley, adapted by Archie Goodwin and Alfredo Alcala, followed by seven complete adventures by the storied team of Archie Goodwin and artist Al Williamson. The pair had previously worked together on Creepy, Eerie, and Blazing Combat comics magazines, the Flash Gordon comic book, and 13 years on the Secret Agent Corrigan newspaper strip. They seamlessly shifted gears to take over, at George Lucas's request, the Star Wars newspaper strip. Included are all strips from October 6, 1980 to February 8, 1981. 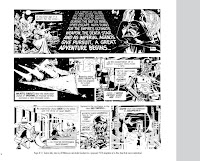 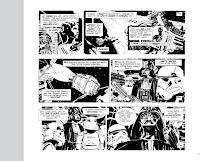 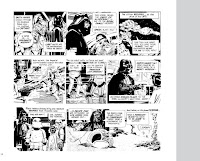 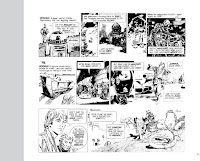