For a while now, the original Ghostbusters have had access to an interdimensional portal that has given them all-new ways to research the paranormal and consult with Ghostbusters throughout the multiverse… but they haven't shared this tech with any of those other Ghostbusters, and some don't think that's fair. That's why, after a chance meeting, Jillian Holtzmann and Ron Alexander have decided to right this wrong and cobble together their own working portal... which unintentionally unleashes the contents of the Ghostbusters’ Containment Unit! That's a lot of ghosts, and it's going to take a lot of Ghostbusters to recapture them. In fact, it’s going to take ALL of them. Crossing Over starts here!

Back to the Future: Tales from the Time Train #3

Doc and family venture deeper into the 1939 World’s Fair as a case of mistaken identity leads one member of the Brown clan to unexpected luxury. Meanwhile, a pair of German spies have their sights set on Doc—but will he realize the danger in time?!

Left alone in the McDuck mansion, the kids face their most difficult challenge yet: Fooling a risk assessor from an insurance company! And to teach Louie a lesson about hard work, Scrooge shows him his latest investment: A Ghost Town! 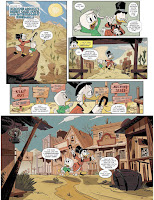 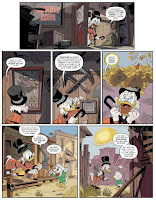 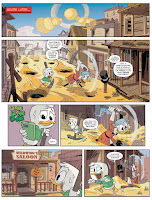 This is it! The mystery of how and why Jack has been stranded in time is finally revealed! But will that information be enough to save him? And when, or how, will he ever get home?

ALL GOOD THINGS…! Rodimus and the Crusadercons have reached their final destination. The trouble is, it’s not Cyberutopia. In fact, it’s not ANYWHERE. But they’d better get used to it, because they’re going to be there until the end of Time...