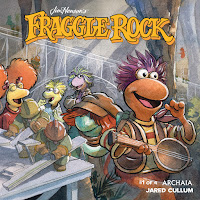 In honor of the 35th Anniversary of Fraggle Rock, the Fraggles are back in an all new stand alone adventure illustrated in beautiful watercolor and presented in a format perfect for longtime fans to share with the next generation. 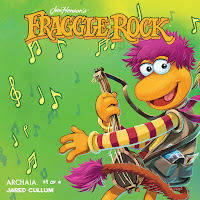 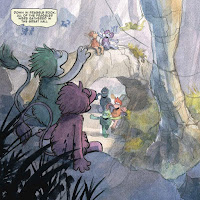 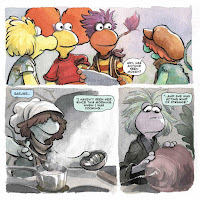 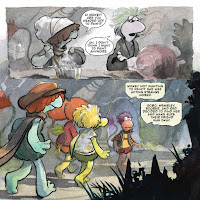 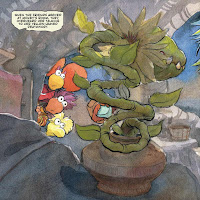 Finn and Jake are entrusted with the keys to the Breakfast Kingdom, which they will absolutely not lose in any way.

Ursus digs deeper into the secrets of the Forbidden Zone and learns a terrible truth.

With growing unrest in the Ruins, OCP is encouraging people to report on their neighbors. The Ruins is a powder keg, with OCP handing out the matches.

The finale of “Women’s Evolution”, as the Four Horsewomen face off once again, this time on the WWE roster. Also, Asuka hits Monday Night RAW, in the last part of her backup short series!