In the Mirror Universe, the heroic characters you thought you knew care only for power and glory. In this, the final issue of Succession, see Michael Burnham in the fight of her life!

Bubba, along with a cast and crew that includes the legendary John Henry, board the Nocturne in order to head to a safehouse that will serve as the team’s headquarters. But all of this attracts the attention of Mother—and she is not pleased.

Who knows what mysteries lie deep in the asteroid belt? When a mysterious, huge, and previously undiscovered asteroid looms over their ship, a small crew of blue-collar workers discovers a terrifying threat unlike anything they’ve ever seen. Now, the crew must escape the asteroid, but even if they do, will they be able to escape each other and anything they bring back with them?

A headless horseman. A haunted brewery. The complicated nature of temporal mechanics across the dimensions. The Ghostbusters can handle all of that, no sweat. But a sinister force is on the horizon, one they barely survived before—at great personal sacrifice. Tiamat made a deal to leave the Ghostbusters’ earth… but what’s the fun of being a god of chaos if you can’t find a few loopholes? Mass Hysteria is in full effect as CROSSING OVER continues!

“Special Missions, Part 4 (of 5). G.I. Joe. Cobra. Two opposing forces. Two powerful war machines, each made more lethal by the undeniable strength of their individual parts. But who and what are those parts? Living legend Larry Hama shares some of their amazing stories in “Special Missions”—one-shot stories featuring a variety of characters and different artists to draw them! This issue, Marcelo Ferreira (Back to the Future) joins forces with Larry to present Cobra’s weapons master extraordinaire: DESTRO! 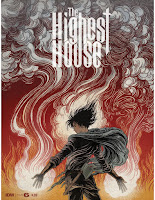 The creators behind The Unwritten, Mike Carey and Peter Gross, bring their latest masterpiece to a stunning conclusion! A slave boy named Moth has made a pact with a powerful entity called Obsidian that promises advancement and happiness. Clearly, Obsidian has a hidden agenda, but Moth has ambitions and plans of his own. But which one will emerge triumphant? 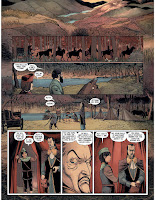 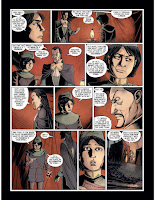 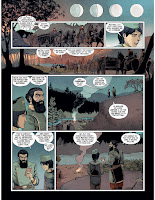 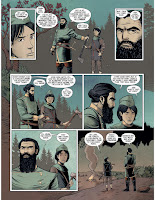 Everyone’s favorite mutated masters of mayhem, Bebop and Rocksteady, are road tripping back to NYC! But before they can get started on their journey across America, they run into a crazy old enemy who’s bent on derailing their trip before it can begin!

Leonardo tests his fledgling abilities on the astral plane only to find himself dangerously outmatched when he comes face to face with the villainous Kitsune!