Leatherhead returns to New York, and this time, he’s got one goal in mind—the destruction of the Turtles!

When Scrooge goes missing, his family is on the case! But what if he doesn’t want to be found? Plus, when his lineage is brought into question, Scrooge and the kids take a trip to Scotland! 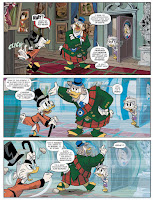 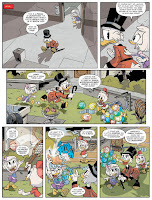 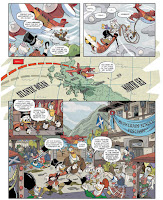 The Imperial Library of Constantinople, home of the world's largest collection of knowledge, sits inside a maze locked in a fortress under constant guard. It's up to our crew of thieves and con artists drawn from across the Byzantine Empire to get in, steal four incredibly valuable texts, and escape without being caught or killed. Don't worry, it only sounds impossible. It's the crime of the century—the 11th century!

Bebop and Rocksteady’s trail of destruction has got them a lot of attention… including from the government who’s sending an army to stop them!