Two classic Spider-Man tales, pulled from the legendary Vault of Heroes! First—a chance encounter with the Enchantress pits Spidey against Thor—with the whole of Asgard right behind! Then, when Flash Thompson gets a bite from a werewolf, Spidey seeks the aid of the sorcerer supreme—Doctor Strange! 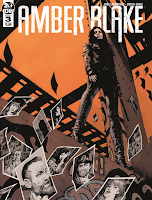 Amber Blake is a woman on a mission. She’s going to destroy everyone who has hurt the people she loves. But not all is as it seems, and some of her allies have agendas of their own... 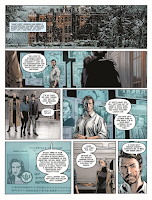 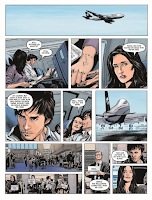 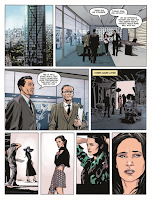 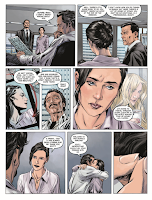 Dick Tracy is Sisyphus, pushing the law boulder up the hill as he struggles for reason and order in a world with none. His attempts at law and order are met with crime and chaos, in the form of unpredictable and absurd villains. But Dick Tracy will never give up trying, no matter the era or incarnation. Join Eisner Award-winning creator Michael Avon Oeming on a startling case through time and space!

The Cutie Mark Crusaders are back! When Apple Bloom, Scootaloo, and Sweetie Belle take a trip into the woods, they find a forest filled with trash! Just what could be causing this mess?! Looks like it’s another mystery for our favorite fillies to solve—and one where not everything is as it seems...

Butch and Sundance! Bonnie and Clyde! Laurel and Hardy! History is littered with great double acts, but the ultimate boy-meets-ghost odd couple is no more as Fergie and Sid go their separate ways. While Sid heads off to look up old mates, Fergie finally meets his dad in London Calling: “To the Imitation Zone.”

As the last year of their original mission begins, the crew of the U.S.S. Enterprise will have to use all of the skills they’ve acquired along the way as they prepare to face the biggest challenge of their lives—a dark threat that doesn’t just threaten their existence, but the existence of the entire Federation as well...

“City at War, Part 2.” As battle lines are drawn in the criminal underworld of New York City, Old Hob takes his mission to the next level, and he’ll have unexpected help from one of the TMNT!

Optimus takes the spotlight! Even a bot as wise as a leader of the Autobots needs guidance now and again, so Optimus turns to Codexa—a Cybertronian who has grown into the very planet itself. Will she help Optimus settle his problems with Megatron or will she lead them both to ruin?

When one of Gyro Gearloose’s inventions allows Donald Duck to “hear” what his plants are saying, Uncle Scrooge gets one of his biggest money-fueled ideas ever. But in true Scrooge fashion, the road to riches is anything but smooth—in fact, it’s downright magical! Find out how in “The Captain’s Sequoia!”