Michael Fayne was patient zero of the plague that exploded into the Vampire Wars. A cult of militant vampires wants to resurrect him. Luther Swann leads a strike team to prevent the rise of a vampire god. New York Times bestseller Jonathan Maberry returns with an all-new V-Wars tale. 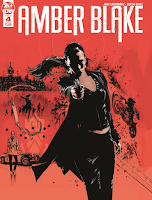 Amber Blake has finally found the person responsible for all of the pain in her life—and there’s no way she’s letting him get away again. But nothing is as it seems, and when the people closest to her betray her, she’ll have to use all of her skills to get out alive—and to get the vengeance she’s longed for. 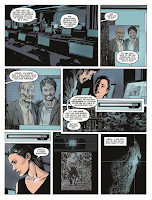 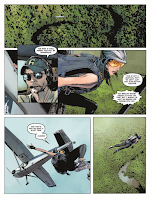 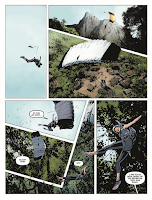 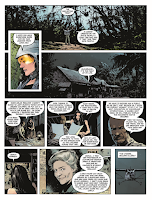 Three stories never-before-seen in the U.S. await you in another fun-filled issue! In “Mickey Mouse and the Hydrophilic Monsters,” Mickey and Goofy encounter plant life like they—or you—have never seen before! Then, in “Pluto and the ‘Super’ Day,” what happens when Goofy dog-sits Mickey’s beloved pup? Why, nothing less than the unexpected! Finally, in “Shhh,” Peg-Leg Pete and his accomplice encounter more than they bargained for in a robbery gone very wrong!

As Cobra continues its relentless onslaught on a global scale, G.I. Joe is there to meet them in kind. It’s tyranny versus freedom—heroes and villains will rise and fall, bullets will fly, blood will spill, and who and what remains when the smoke clears is anyone’s guess! Join Living Legend Larry Hama and superstar artist Netho Diaz for another explosive adventure into the action-packed world of G.I. Joe: A Real American Hero!

Rosie thought it was bad enough having a witch as a neighbor, but now the witch is trying to take over the whole town! As their parents fall under the witch’s dark spell, it’s up to Rosie and her friends to try and save the day. And they thought algebra was hard...

Now that Peter, Miles, and Gwen have joined forces, nothing can stop them! Except maybe for homework and an internship at the Daily Bugle. Not to mention being stalked by a most dangerous foe… Kraven the Hunter!

The thrilling conclusion to the “Cosmos” story arc is here! With the most powerful ponies in Equestria under Cosmos’ control, do the remaining ponies stand a chance? And whose side will Discord take?

The contest for the ages continues as the Captains race to capture the one exotic creature that Trelane is missing from his intergalactic menagerie—a Borg Queen! But as the Godlike beings revel in the games, the crews are hatching a plan of their own. Don’t miss the penultimate issue of the biggest Star Trek crossover of all time!

When another body shows up, Chromia and Prowl feel the pressure to get answers. Bumblebee, meanwhile, applies for a new job—as a bodyguard. But first, he has to impress Elita-1.