Punk Mambo’s final boss battle pits her against an enemy who has stolen phenomenal powers—there’s no way she can win!

In this spellbinding series finale, can Punk Mambo make the ultimate sacrifice to repay her debt?

Find out the final fate of this fan-favorite character. 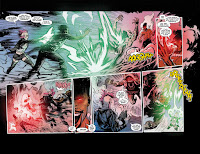