From the writer/creator of the critically acclaimed SPENCER & LOCKE comes Die Hard at a wedding. It was the wedding from Hell — and that was before the bank robbers showed up. What do a conflicted bride, her dysfunctional family, a gang of Elvis-themed crooks, and one relentless sheriff have in common? They’re all about to discover love is the ultimate hostage situation. 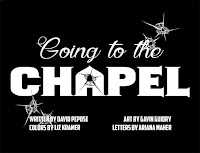 Now that Katie’s not only trapped in the 90s, she’s also stuck in the head of her alternate self!! Can the two Katie’s sync up enough to wield the Vampblades against the latest Glarkian space vampire threat?? 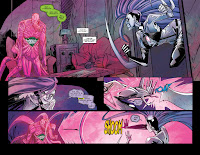 Maribel’s mysterious past is revealed, as Nate and his friends face the monstrous Owen in a final battle for Blackfossil and the fate of two worlds. 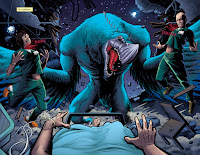