After outcast teens, Samuel, Samantha, and Samir, find an adorable but dangerous alien creature in the woods and name him Chip, they bond over their shared secret. But as the pressures of hiding an actual alien mount, they each begin to fantasize about how to use Chip's strange powers to improve the world-starting with their current lives.

A Browncoat at heart, Sheriff Mal Reynolds does have to admit that there might be one single perk to a government job: actually having the time to court Inara Serra, now that he doesn't have to worry about things like dodging the government. But something's fishy with the Blue Sun executives who have taken up residence in Mal's sector...will investigating it mean walking away from Inara?

Jo, Mal, Molly, Ripley, and April’s trek through the forest with camp director Rosie reaches its thrilling conclusion, as the gals narrowly survive a run-in with some creepy crawly vines! Plus, Abigail and Rosie finally reveal what they know about the story of first ever Lumberjane scout, and the unlikely way they both came to know her.

It’s the Teenage Mutant Ninja Turtles and the Mighty Morphin Power Rangers as you’ve never seen them before vs Shredder!

Just imagine the coolest thing we could do and, yeah, we're doing it.

As Daisy works to unravel the secrets behind her fiance’s disappearance and her own horrifying visions, she is approached by the mysterious Leland Black, a too-charming entrepreneur with an intriguing proposition. As Daisy struggles to keep both feet in reality, Leland Black might be the tipping point… one way or another.

Erica may have slayed the beast terrorizing Archer’s Peak, but the town is far from safe. As James recuperates from the horrible events of the last issue, Tommy also struggles to find his place in the new status quo of his life. 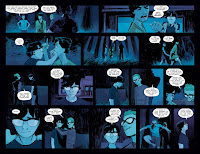 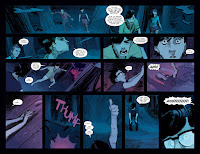