Nominated for a 2018 Eisner Award! With the air still clouded with weirdness in Esther and Ed’s shared house, Esther contemplates what it is that’s still standing between them and making everything feel…icky. The question is, does Esther want to kiss, or just to make up?

It’s Rocko’s high school reunion! Will all the mental preparation for facing down old bullies pay off? 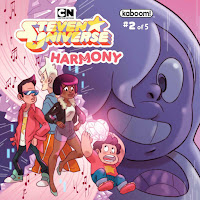 As Steven continues to hold onto the Harmony Core, it’s up to Amethyst to take over his responsibilities, including band practice. But when more Harmony Cores threaten to activate, the Gems must act quickly or else the entire Earth will be put in danger! 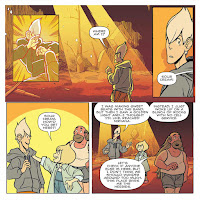 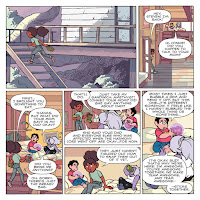 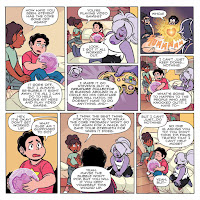 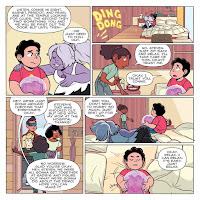